By Chloramine Consulting on August, 10 2019
Back to main Blog

While the biggest mistake is building the wrong pool, this article focuses on just the mechanical design aspects. In other words, we're talking about air systems, not the entire natatorium.

Natatoriums are unlike any other type of room. Just ask an engineer who has had to design one. There are many factors in natatoriums that do not exist in rooms without swimming pools. Natatorium designs must go far beyond moisture removal and energy efficiencies. Here are five common design mistakes that we regularly find in Natatoriums.

Usually, ceiling exhausts make sense, but not in a swimming pool natatorium. Sure, heat and humidity rise, so you can alleviate the moisture demands by exhausting from up high, but a far more critical and problematic issue will continue to be a problem: indoor air quality. Specifically, chloramines and other disinfection byproducts (DBP’s) off-gassing from the swimming pool itself. These DBP’s are heavier than oxygen and therefore stay low in the room.

What good does a ceiling exhaust do for heavy, contaminated air?

It is vital to keep the user experience in mind when designing an indoor pool. Mechanical engineers may not think about things like chloramines unless they were competitive swimmers. We see this all the time. It’s not that engineers deliberately neglect IAQ—it’s quite the opposite—it’s just that most people misunderstand the source of bad air quality. Not many engineers know that these off-gassing DBP’s stay low in the room. Moreover, unless you have personal experience getting sick and miserable in a swimming pool, it’s difficult to relate to how severe the IAQ problem can be for natatoriums.

Rather than exhausting up high, dedicated exhausts should be low, and specially designed for source capture. Such technology does exist and is highly effective. It is called The Paddock Evacuator®, and it is patented technology. Simply putting low exhausts in the room is usually not enough, as we have seen around the country in dozens of cases. The Evacuator exhausts the optimum air volume, at the right velocity, with the correct static pressure, in the best location available. Standard exhausts just, well, exhaust.

From an ASHRAE design standpoint, low return intakes are not necessarily a bad idea, except that they recirculate chloramines through the dehumidifier. The logic behind low returns is one of semantics: “returns” and “exhausts” are sometimes used interchangeably because modern pool dehumidifiers tend to have their exhaust blower located in the return path. The problem with this should be obvious: the exhaust blower exhausts air and has no way of distinguishing the good air from the bad. 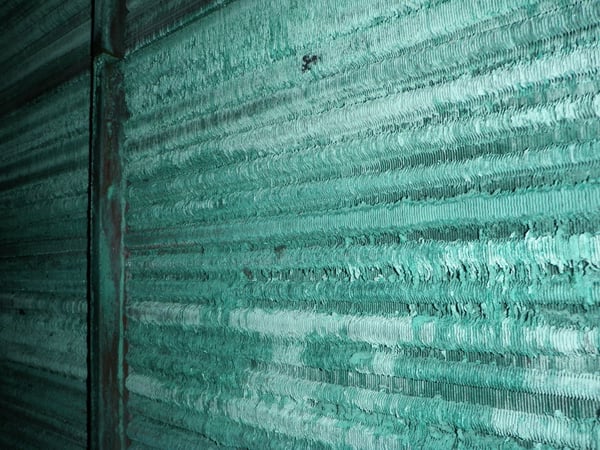 First, chloramines and other DBP’s tend to have a very low pH, which means this contaminated air corrodes and rusts virtually everything it passes by. When this moisture condenses on metal surfaces, in particular, rust is rampant. A good analogy is chain-smoking cigarettes. That fancy pool dehumidifier your client spent six figures on is chain-smoking chloramines, and the inside may be corroded severely because of it. Such damage is costly.

Second, recirculating chloramines blows them back into the natatorium! From the supply ducts, chloramines fall right back down to the breathing zone. Sure, you’re moving them around, but are you really getting rid of them?

Low returns can be okay, but not without source-capture exhaust. If your entire exhaust is within the return path, problems are inevitable, for reasons just explained. That said, existing facilities can be retro-fitted with a source-capture Evacuator® system, but it involves shutting off the old exhaust(s). We never design return(s) to handle all the air in the natatorium, period.

3. Not using a Pool Dehumidifier

In short, indoor swimming pools have a more substantial moisture removal demand than air conditioners can normally handle. Additionally, they must be robust enough to overcome sometimes large temperature differences between outside air and indoor climate. For instance, when it's 20ºF outside in the winter, and the natatorium needs to be 86ºF with a 55% RH. That 66º temperature difference translates to extremely costly energy bills. Pool dehumidifiers, on the other hand, optimize energy recovery, using features like pre-heat and/or reheat coils. They can either heat the swimming pool with that energy, or pre-heat the incoming outside air. But in our opinion, the most important difference is the ability to handle the moisture removal necessary to keep a natatorium's climate in harmony.

Use a properly sized pool dehumidifier, and nothing less. 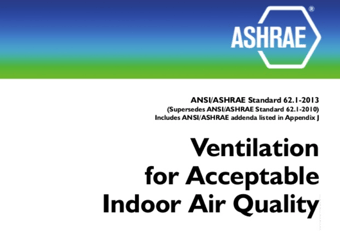 Let’s talk about where the supply air flows in the natatorium. First of all, think about the objectives of conditioned supply air. The entire ASHRAE design handbook has only four (4) pages about natatorium design. These four pages in ASHRAE 62.1 mention excellent information, but much is left open to interpretation. We have personally visited hundreds of natatoriums that met the ASHRAE design handbook guidelines, yet their IAQ was abysmal. Why?

Natatorium IAQ is a very delicate thing. 90% of the design can be spot on, and the other 10% could negate it all. Based on our experience, very seldom are entire natatorium HVAC designs flawed. It’s almost always one or two seemingly-small things that cause the problems. Everything needs to work together in harmony, and air needs to be moving in the right direction, at the right speed.

Where is your supply air going, and how fast is the air moving? Is it getting to the breathing zone at all? And if so, how, and where? Where is your supply air moving relative to your return(s) and exhaust(s)? From a holistic view of air movement in the entire natatorium, what is happening? Too often, we see designs that focus on the trees and never see the forest. The result is conflicting airflow and designs that don’t make sense. For example: blowing air directly toward a return vent, or exhausting the best air in the room while ignoring the worst.

Start any design project by thinking of the swimmers and lifeguards. What are you trying to accomplish for them? How will they be using the facility? How can you—the design professional they depend on—provide clean and healthy air to them? How will you address the airborne chloramines and other harmful DBP’s that will inevitably be off-gassing from the pool? Start with the end-users in mind, and work backward to accomplish those goals. 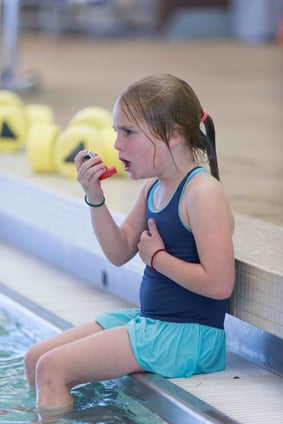 We saved the most severe mistake for last. Communication and coordination is something that needs to happen a lot more. Aquatics and air people often never meet each other. When problems arise, everyone is quick to point their fingers at others. However, the reality is this: without coordination between both sides, bad air quality is almost guaranteed. Most importantly swimmers are the ones who suffer most.

Natatoriums are forced to spend big money on replacing expensive components within their dehumidifier(s). The two most common we see are coils and compressors. Not only do these components get corroded by chloramines beyond belief, but they also fail way before their life expectancy. These problems are rarely the fault of the dehumidifier manufacturer.

With some questions and investigation, we discover that pool operation practices are usually part of the issue. Actions are taken (or not taken) by people who did not know they were doing anything wrong. Some examples:

The victims of this lack of coordination are the facility owner, maintenance staff, and most importantly, the swimmers. Don’t forget about the design engineers who are responsible for their work, and the equipment manufacturers involved. Nobody wins.

Even if coordination and communication happen, it is sometimes difficult to translate the two languages. Air and Water people speak two different languages and do not necessarily understand each other. The remedy for this is to simplify the information so all parties can understand. Be as detailed as needed in your world; but for coordination, simplify.

Natatoriums are a scary thing for an engineer to design because of the unknowns. So many things can go wrong. It’s not like an office building or school. Natatoriums have humidity and moisture extremes, directional airflow requirements, enormous energy demands, and of course, a swimming pool that off-gasses harmful, contaminated air. Furthermore, a natatorium can be designed within ASHRAE handbook guidelines and still have horrible IAQ.

Chloramine Consulting exists to bridge the gap between water and air. We guide engineers through potential IAQ problems and show how to prevent them. We also facilitate communication between air and aquatics, ensuring the facility’s HVAC design matches the pool, and vice versa. Finally, we simplify information so that all parties involved—especially pool operators—know what is going on. These mistakes (and many more) can be avoided.