When the air goes bad in a natatorium, common practice is for swim coaches, lifeguards or even swimmers to open outside doors. Sure, opening outside doors may give some temporary relief and fresh air, but overall, it causes more harm than good. It complicates air quality problems in the long term.

When the air gets bad in a swimming pool (I know from personal experience), cold, fresh outside air feels great. We all wanted our coaches to prop doors open too when the air got bad...I personally remember getting out of the water and opening up doors myself more than once. It seemed like a sensible thing to do. I used to encourage my coach to put a big fan in the door to get fresh air into the pool. It was miserable without it.

It makes sense, right? Fresh air into the pool must help. But no. In reality, introducing all that unconditioned outside air actually makes the air quality worse in the natatorium. The reasons can be explained with physics...specifically thermodynamics.

Especially when it's cold outside, dry, unconditioned outdoor air puts a surprising amount of stress on the natatorium's dehumidifier (HVAC system). The pool dehumidifier was designed for a specific amount of moisture removal, at a specific rate. Opening doors can change the environment enough that the dehumidifier will struggle to keep up. 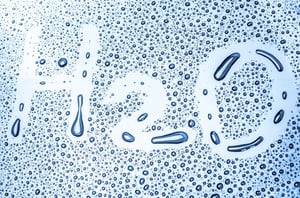 A natatorium is a system. There is a water system, an air system, and how the two coexist in is also a system. Dehumidifiers are sized and designed to control that system, and deliver a controlled climate 24/7.

But when cold outside air is pulled in through open doors, the evaporation rate of the pool increases. The colder the air and the warmer the water, the more evaporation. This change in temperature (also known as Delta T, or ∆T) is something the system was not designed for.

This source is great for understanding how evaporation, condensation, temperature, dew point and relative humidity are all related.

That means the Pool Dehumidification Unit (PDU) will be removing more moisture out of the air, and in the winter time, that could be far more moisture than it was designed to handle. To make matters worse, because the temperature has been reduced, the dehumidifier has to work harder to pull out the same amount of moisture it was originally designed to remove. It's kind of like expecting a Toyota Camry to pull a horse trailer.

The PDU will be stressed, and at some point, it will fail. Perhaps it could mean replacing a compressor (to the tune of tens of thousands of dollars), or a new set of coils (just as expensive, if not more). None of these are desirable, especially for facilities with budgets.

Relative humidity (RH) is worth an article of its own, but we will briefly cover it here too. RH is basically a percentage of how much water vapor is in the air, relative to how much the air could hold. 100% RH means the air is completely saturated, and cannot hold any more moisture. Most natatoriums try to target about 50-55% RH, within a certain temperature range. This is how PDU's are sized and specified by engineers.

Related: Water Chemistry's Saturation Index is like the Relative Humidity for Calcium Saturation

So when the evaporation rate goes up, especially relative to the condensation rate, the RH goes down. 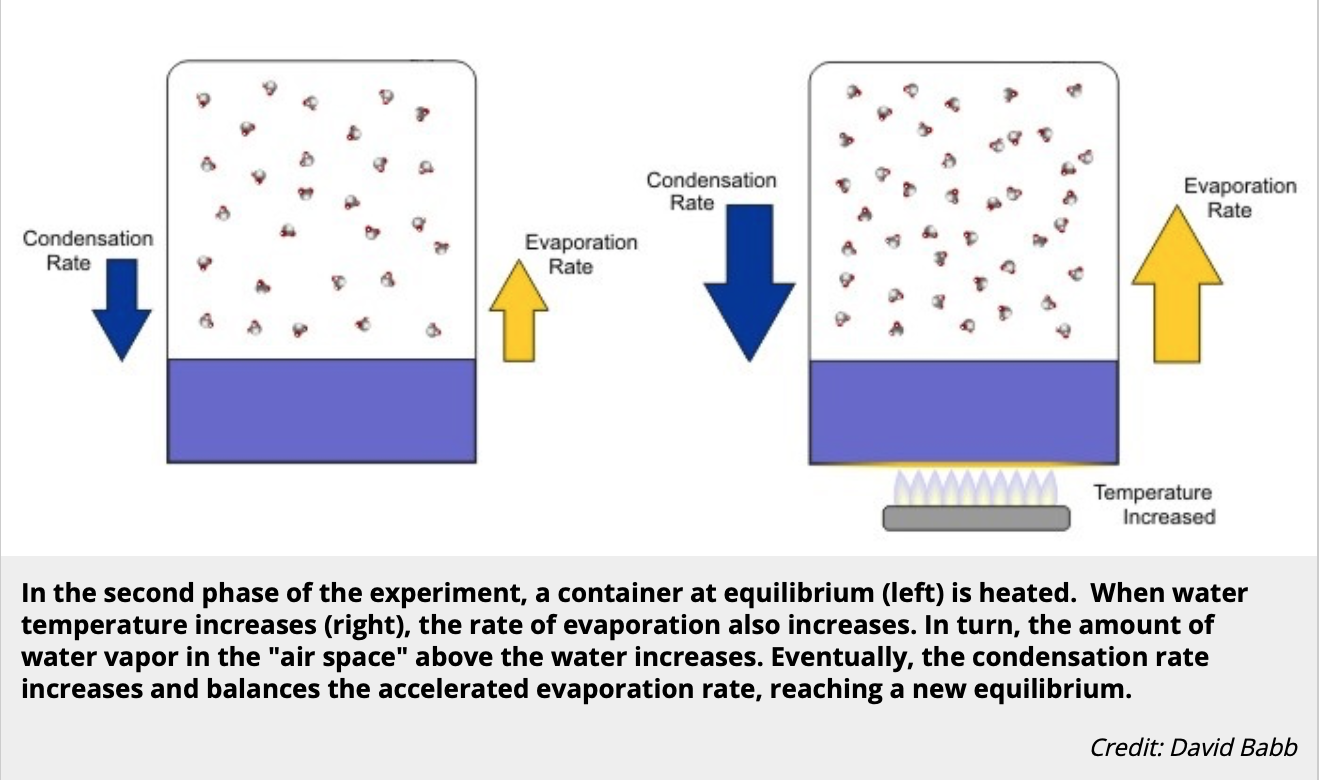 This diagram and description comes from this resource. We do not take credit for it.

Here's the trap: cold air on the pool deck feels good, because the RH goes down. The air feels more comfortable for people spending hours on the pool deck, but not getting wet (cough* swim coaches and lifeguards *cough).

We know this is complex physics, and we're trying to explain it and simplify it. Long story short, cold air being introduced stresses the dehumidifier, big time. But temperature is not the only reason.

Vapor pressure is always expanding to fill a given space. Until the air and pool water reach equilibrium, vapor pressure builds. So when someone props open an outside door in the winter...oops. Equilibrium is broken, and the condensation rate must rise to find equilibrium again...too bad the PDU is already stressed with not only more moisture than it was designed to remove, but less efficiency in removing it. It's a mess.

But enough about the physics of the problem. Let's talk about why this problem matters for the swimmers themselves.

What do you think goes airborne along with water when it evaporates? You guessed it: chloramines and other disinfection byproducts (DBPs). Nitrogen Trichloride (NCl3), aka trichloramine, off-gasses into the air and becomes an air problem. As we have discussed ad nauseam, trichloramine and other DBPs are heavier than oxygen, and stay low in the natatorium, right in the swimmers' breathing zone. Without good airflow, they can stay stagnant and build in concentration.

So while opening outside doors may feel good, it actually makes the problem worse for swimmers in the water, and for the PDU trying to maintain a controlled climate in the natatorium.

Trichloramine off-gassing is an inevitable part of water chemistry, and must be dealt with from an air perspective. While chloramines can be reduced through water chemistry and secondary systems (like UV and Ozone), once they are airborne, they are entirely an air issue. It's important to remember that a natatorium environment is a system–for better or worse–that relies on certain factors (like temperature) being consistent. When outside doors are propped open, that consistency is gone, and the environment rapidly changes.

In other words, opening doors really complicates things and accelerates air quality problems. There are better ways to handle airborne chloramines and improve air quality without throwing a wrench in the system.

This article is a revised and updated version of an article written by the same author in 2013, which can be found here.